At last! The news we’re been eagerly anticipating…. dates and venue for VOICE 2012!

San Diego, CA – The Executive Producers of the VoiceOver International Creative Experience (VOICE), James R. Alburger & Penny Abshire, announced today that the VOICE Convention (now in its fourth year) will be held at the Disneyland® Hotel and Resort in Anaheim, California June 13th-16th, 2012. A star-studded Red Carpet Reception will be held on the evening of June 12th.

Voiceover talent from around the world will make their way to The Happiest Place on Earth to take part in the only international convention for voice actors.

Registrations for VOICE 2012 will be opening soon. For additional information go to
www.VOICEconvention.com

Following the announcement of VOICE 2010 my initial reaction was “I have to be there!” This was followed by a real shock when I thought, “I can’t possibly afford it. It’s impossible”.

In fact I wanted to go so much I started dreaming about being there. Thanks to the  incredible support and encouragement of my wife, and a number of friends the dream came true. For me VOICE is a tremendous opportunity to connect, learn, and be a part of an exciting and positive community. The 2010 conference had a profound effect on my self perception as a voice artist, and gave me some great friendships. There’ll be much more to say over the coming months… hope to see you there! 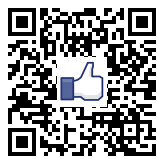